Malmberg has again been entrusted by NGF Nature Energy in Denmark to deliver a biogas upgrading plant, model larger, to Videbaek in Denmark. It will be the fifth Malmberg plant for NGF. Videbaek currently has one of Denmark's largest biogas digestion plants. NGF cooperates here with Arla, which supplies residual products for the digestion. With Malmberg's upgrade facility in place, the gas will be sold on the gas network and then replace fossil natural gas in the same amount.

The order is worth several million Euros and the scope is a biogas upgrading plant of Malmberg's latest development called GR50 with a capacity to upgrade 5000 Nm3 raw gas (biogas) per hour to the biomethane. The plant is designed for "zero emission" where the VOC/CH4 emissions are below 50 mg / Nm3. Also with a process-integrated sulfur hydrogen reduction will also replace large costs for carbon filters that are normally used for this, disappear.

Ole Hvelplund, CEO Nature Energy:
“We are pleased to announce that we will continue the good cooperation with Malmberg. An upgrade like this means that we can produce even more biogas, which will support the green transition in Videbaek and the rest of the municipality. We are moving with solid steps in the right direction once again with support from Malmberg.”


Erik Malmberg, CEO Malmberg Water AB:
“With this facility, Malmberg Biogas take a new step in our development of upgrade facilities that look to the customer's every need. Not only that our plants are the most reliable on the market. Here we have introduced a number of innovative functions such as Malmberg BioX ™ and Malmberg VOC ™, which make the plant unique in its kind in terms of the Life Cycle Cost (LCC).”

Denmark is far ahead to produce green gas and Malmberg has today performed over 100 plants in the world and 13 of them are located in Denmark. Malmberg will deliver the plant during 2019 and is expected to be ready for gas production at the end of January 2020. 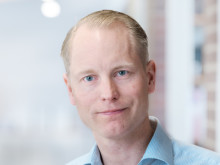 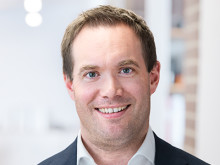 Wessex Water renewable energy company GENeco is investing in a new biogas upgrading plant from Malmberg. The plant will be installed at Trowbridge wastewater recycling centre, which is situated in south England 160km west of London.

Limfjorden Bioenergi Aps takes a step further and increase their biogas production at site Mors and invests in a Malmberg Compact® GR 20 upgrading unit. The unit will treat 2.000 Nm3 raw biogas per hour and is planned to be in operation during the spring of 2019.

The new Malmberg biogas upgrading plant in Solröd outside Copenhagen will have a great capacity of 2800 Nm3/h biogas turned into green biomethane. The produced gas will be injected to the natural gas grid and the plant will be in operation in October 2019.